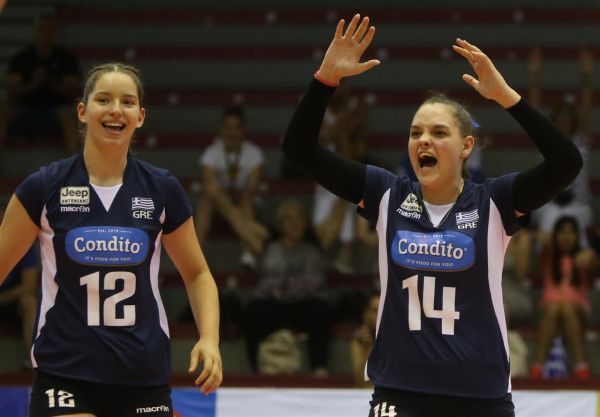 The first victory for the U16 European Championships, which took place in Sofia, celebrated the Greek woman’s national volleyball team as it defeated Finland 1-3 sets (18-25, 25-16, 21-25, 25-27). For the last volleyball match, on Wednesday 27/07/17 the national team will play against Italy, one of the best teams of the championship in favor of winning the category’s title. Team’s federal coach Mr. Kostas Gountas claimed to be pleased with the girls’ effort, hoping for even more success in the future. Condito supports the team’s great effort and hopes for more future achievements as well.